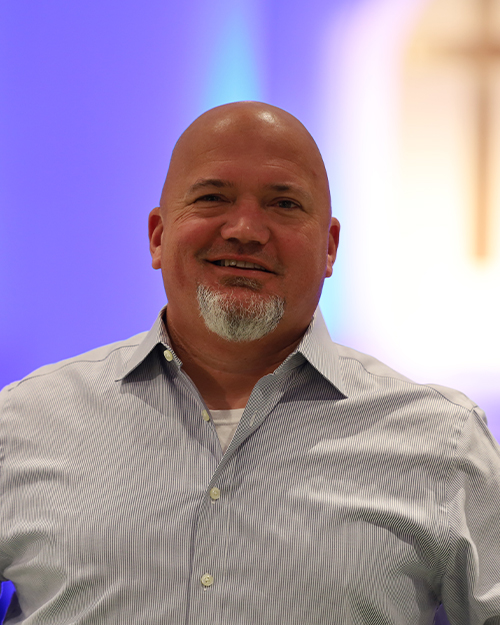 Gevan is our Senior Pastor; he has served First Baptist since 2002. He is married to his high school sweetheart Andrea and they have three boys: Jeb, Jake, and Jude. They remind themselves often, “God has given us the business of raising Godly men in a godless culture”.

Some of his favorite things in life include: Witnessing a life being transformed by the gospel of Jesus Christ, taking a road trip with his bride, sitting in a deer stand with one of his boys, watching the sun come up during the rut in Kansas, hearing a turkey gobble on a warm spring morning.